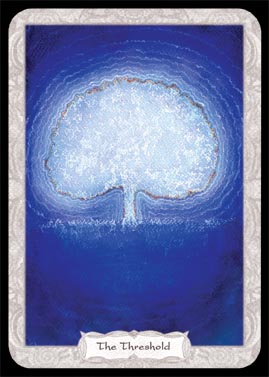 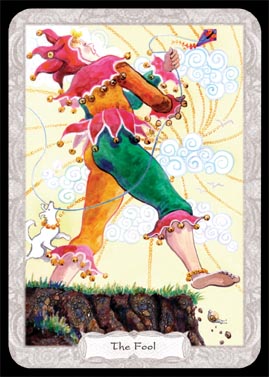 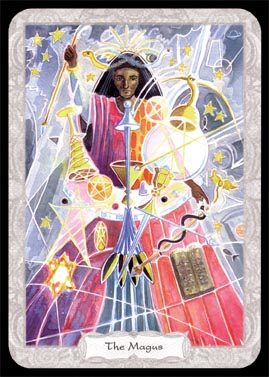 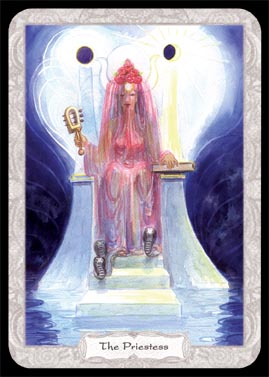 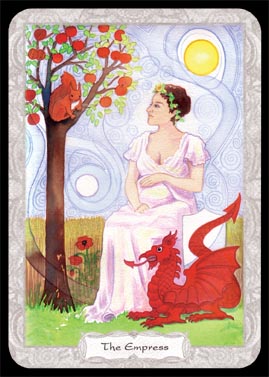 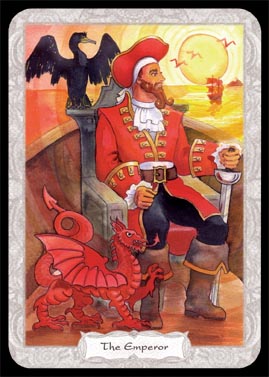 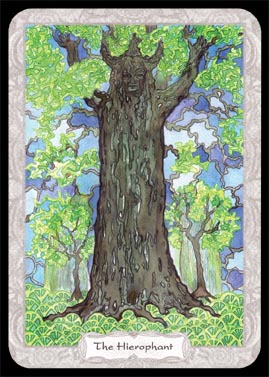 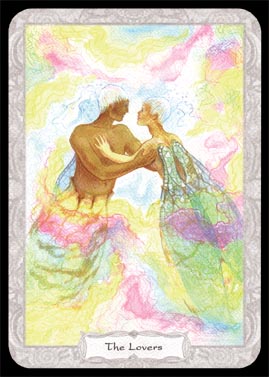 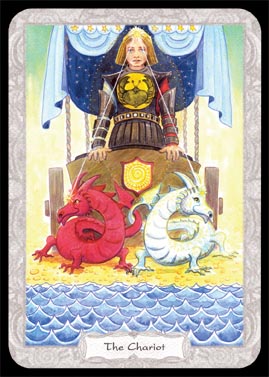 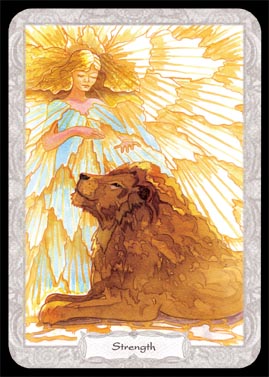 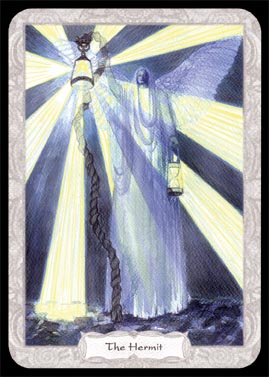 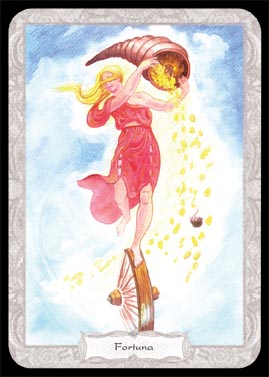 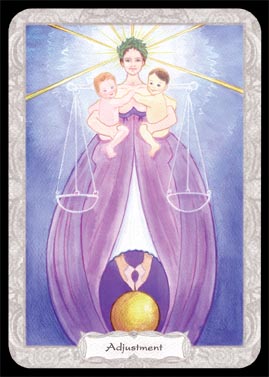 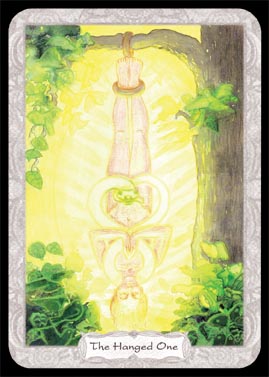 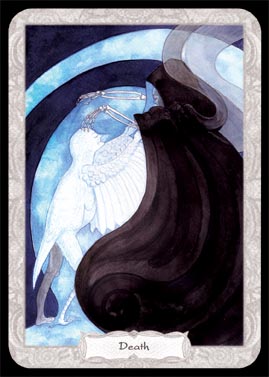 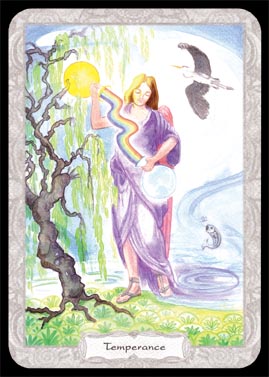 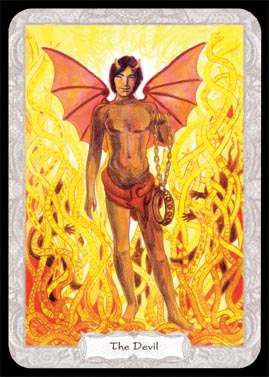 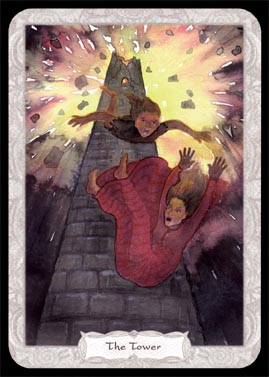 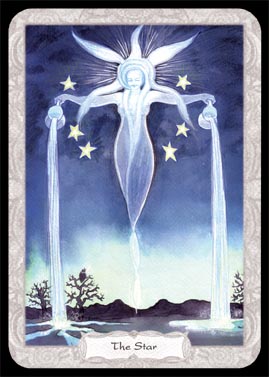 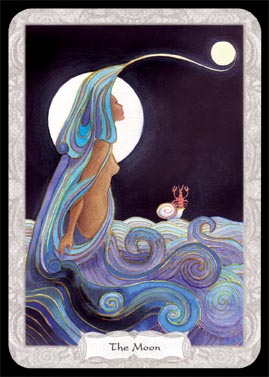 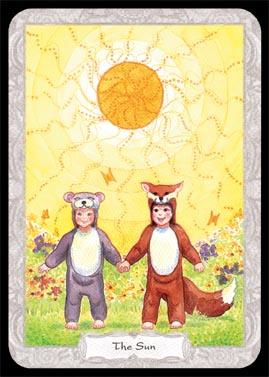 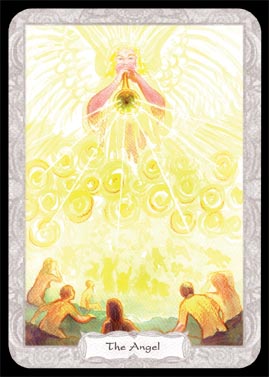 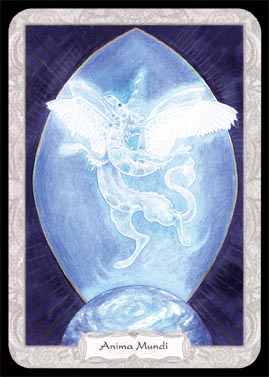 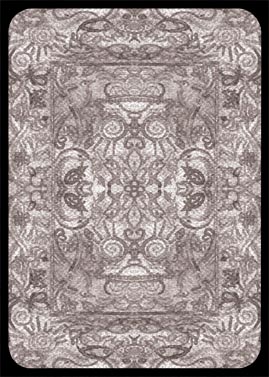 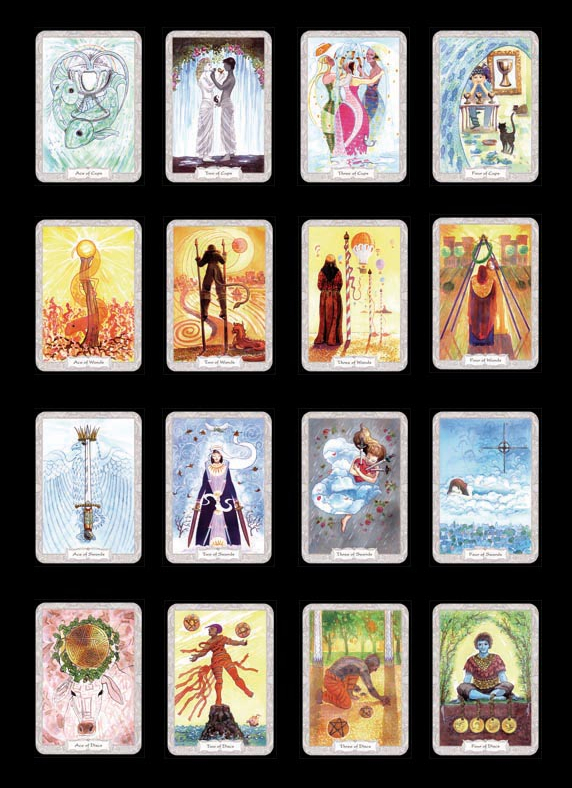 The Liminal Tarot grew from cards I created as part of a group project for The Tarot Collectors Forum some years ago. Its completion marks the end of a journey to complete my first full 78 card tarot, although I couldn't resist adding two extra cards, one of them a poem.

My aim was to create an all-image tarot that could be read without the help of a Little White Booklet, guided by Thirteen's book of tarot card meanings (free for download over at Aeclectic Tarot), inspiration and Lady Frieda Harris's wonderful paintings for the Thoth Tarot. Whether or not I've succeeded I'll leave it for you to decide, but it's been quite a journey.

The images for The Liminal Tarot were drawn, drawn again and often re-redrawn before being transferred to watercolour paper and painted in layers of colour. Texture was added with watercolour pencils.

The card backs and the borders were painted on watercolour paper with strong tea to give a soft feeling, then colour-adjusted digitally before printing.

A taste of the minors. From the very beginning my aim was to invest as much love and care in these paintings as I did with the majors - I hope I've succeeded.

The Limited Edition of THE LIMINAL TAROT is now sold out and out of print, but having had many requests for republication, Pen has created a tarot-sized version which is available from her shop at MPC.

THE NEW LIMINAL TAROT is available from the Make Playing Cards website.

After studying at what was then Brighton Polytechnic, Pen lived and worked in Southern Africa, where she specialized in studies of tribal Africans and the indigenous wildlife, as well as teaching pottery. Returning overland to Sussex via India, Afghanistan and Europe, a journey lasting six months, she resumed her study of art, etching, lithography and silk screen printing at the University of Brighton whilst exhibiting regularly both locally and in London and Birmingham. She was a member of the National Acrylic Painters Association and the Association of Sussex Artists for many years, and has exhibited with the Society of Women Artists and in various open exhibitions. Her work is in private collections in America, Southern Africa and Great Britain, and her paintings have been published as limited edition fine art prints. Pen works in a variety of media including oil, acrylic, watercolour and pastel, as well as etching and silk screen. Most of her work is figurative, a continuing concern being to convey the brilliance, colour, luminosity and magic of light. She is drawn to locations and occasions rich in life in all its kaleidoscopic diversity and is fascinated by those places where myth and legend, magic and arcane knowledge cross and mingle. This is her third set of meditation and tarot cards in what promises to be a lifelong journey. In her other incarnation as Nell Grey she has published short stories, poetry and the odd review; also a number of novels, including three pagan novels: the magical The Golden Web,  its sequel, Three Magic Women and Incarnations of Crow, which centres on a character in Three Magic Women. One day her set of tarot trumps based on The Golden Web may be finished, or she may, yet again, be led astray on a completely different tarot adventure, as she was with both The Pen Tarot and The Wild Green Chagallian Tarot.

© 2018 Figtree Press. All rights reserved. Made By Alphanet.